Here is a nice interview in It's Psychedelic Baby Magazine: 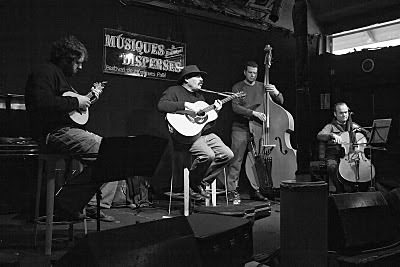 Interview:
1. Thank you for taking your time to do this interview about The Tree People! First I have to ask you about your childhood and teen years. Where did you grow up and what were some of your influences?

I grew up in Pawtucket, Rhode Island in the United States. I taught myself how to play guitar at the age of 14 and soon was composing music and writing songs. Just exploring the six strings and the many frets of the guitar was, and still is, where it all starts for me.         As a teenager I went to the Newport Folk Festival and saw all kinds of wonderful performances there. I listened to all kinds of recorded music, everything from folk, to rock, to jazz, to classical. I attended Brandeis University in Waltham, Massachusetts for 3 years and saw all kinds of wonderful local performers and bands fill the small Brandeis University Coffeehouse with some great music. But I have to say my biggest influence was, and still is, all the emotions and surprises found in daily life.
2. Were you in any bands before forming The Tree People? Any releases from then?
I left Brandeis University after 3 years to travel, guitar in hand, across the United States, hitchhiking, living in several “hippy” communes, and having all kinds of adventures, until settling in and around Santa Fe, New Mexico, where I performed solo regularly at several restaurants. No album releases from that time.
The Tree People, recorded in Eugene, Oregon soon after I moved there, was my first full length album release.
3. Why the name The Tree People?
Once sitting under a tree in New Mexico, I got the inspiration to write a short, illustrated children’s book called the Tree People, and the name for the group came from that book.
I never published the book, and I have no copies of the book, just a few of the illustrations.
4. So how did you guys came together to form the band?
I performed regularly at a place in Eugene, Oregon called the Homefried Truckstop, a coffeehouse and restaurant close to the University of Oregon that had live music 7 days a week and was quite a local hangout for musicians and music lovers at that time. I saw a wonderful musician playing recorder and percussion there a few times with several different folk bands and felt what he was doing would work well with my music. When I saw him at one of my performances, I asked him if was interested in playing music with me. His name was Jeff Stier. He had a friend, a classical flautist named Rachel Laderman, who starting rehearsing and performing with us, and the original Tree People ensemble was in place. 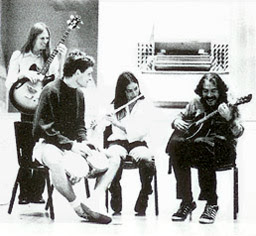 5. In 1979 you released your debut. I would like if you could share a whole story about the LP. What are some of the strongest memories from recording and producing this LP? 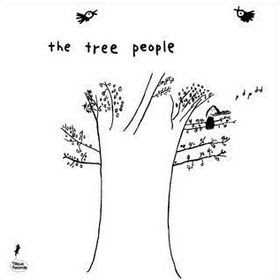 My debut album, The Tree People, was recorded in a studio in the woods outside of Eugene, Oregon called Rockin’ A Ranch. It was all done in a single weekend with most everything recorded live and in one or two takes, with me on acoustic guitar and voice, Jeff Stier on recorders and percussion, Rachel Laderman on flute on a few pieces, and James Thornbury (a local blues musician at the time who later toured internationally with Canned Heat and now lives in Austrulia) sitting in on electric bass on a few pieces and on slide guitar and back-up vocals on Bring in the Water.
My strongest memories from that weekend were the bond I felt with the other musicians and the studio owner/engineer while making the music, and the feeling that being in a studio was home for me. And when the engineer’s wife brought us some fresh baked cookies during a break I knew for sure we were in the right place. 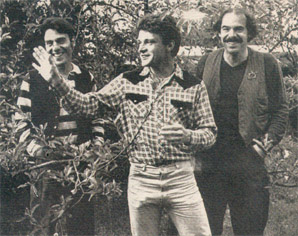 Where did you record it?
Rocking’ A Ranch in Greenleaf, Oregon.
What can you say about the cover artwork?
The cover artwork was the cover of the Tree People storybook that I mentioned above.
I drew it after napping under that tree in New Mexico and imagining what the Tree People might look like.
This was a private release, right? What more can you tell me and how many copies were made?
1,000 vinyl copies were made. We sold most of them in Eugene, at local stores and at live performances.
6. Did you play any shows?
We played just about everywhere you could possibly play in Eugene: at coffeehouses, University events, at festivals, and in concerts at art galleries and small concert halls. . 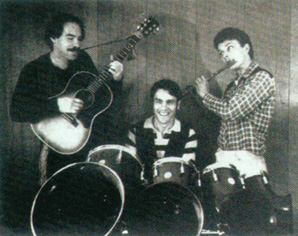 7. A few years later you released another album called Human Voices and a year or so ago you released a new album called It's My Story, which is really amazing! In the meantime you had a solo carrier and you released four albums from 1995 to 2006. Would you like to tell me about this period of your carrier? 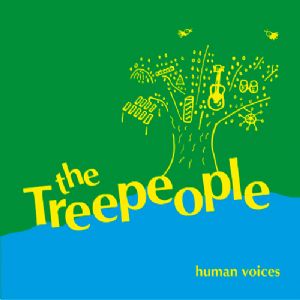 Soon after Human Voices was released (another private release, this time released only as a cassette with 300 copies, all sold in Eugene), Jeff moved to Washington, D.C. to work in politics and that phase of the Tree People story came to an end.

I continued composing music, writing songs, performing and recording and also started making my own original sculptural percussion instruments, which I used in my performances and recordings along with my guitar and voice. I moved to Portland, Oregon in 1996 and did many performances there and also performed in concert and at festivals across the United States. I also did workshops and residencies at schools and museums and recorded several albums, including a children’s album called Here Come the Band (suitable for adults as well!). 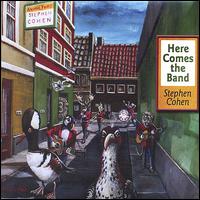 8. What are some of your future plans?
I am now performing and recording with Rich Hinrichsen, the double bassist who played on the 3rd and last Tree People album, It’s My Story, and we are now called THE WALKING WILLOWS (you might say an offshoot of the Tree People). Future plans include a releasing a new album by the WALKING WILLOWS, and producing and creating some creative videos of some of our new songs to put up on the web.
I am also working on a project called the Cistern Symphony, where I am putting music, photos and video created in a cavernous Cistern with incredible echoes together into a multimedia website.
But most of all, I just plan to create, perform and record music for as long as I can. 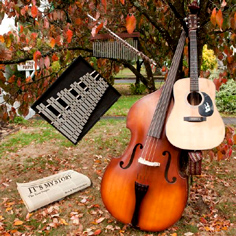 9. How do you like Guerssen re-release of your albums?
Antoni and his staff at Guerssen did a fantastic job with our albums and it was a pleasure and honor to work with Guerssen. I have nothing but good things to say about Guerssen!
A highlight was going to Spain to perform at the Musique Disperses Festival (a festival that Antoni and Guerssen Records produce) this year! 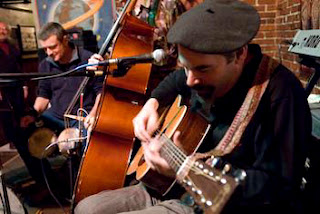 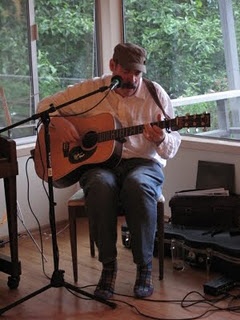 Posted by Stephen Cohen at 2:03 PM